Mosaic by Margaret Almon and Wayne Stratz of Nutmeg Designs.

Some of you know that I've been trying to put the writing I did in the first couple of years after Josh's death into book format.

One of the stumbling blocks has been the difficulty of maintaining a sense of balance in life while delving into that material.  A solution finally occurred to me, one which only summer weather and daylight savings time could provide.  For the past week or so, I've made The Book the first hour's project on most days; then at 7:30 or so I head out for my walk and prayer time.  Thus I'm able to  complete the transition from the darkness of those first years into the realities of everyday life as I experience it today, and to get on with my life without becoming mired in the past.

This morning, a quiet and stiflingly hot Memorial Day, I switched my plans around a bit, knowing that I needed to get some outdoor garden work in as early as possible.  I ended up making a lot of progress with the writing and revising once I had returned to the Great Indoors, and even finished the current draft of the book proposal and sent it off to a couple of friends.

I'm not sure what to make of this Book Project.  My life would be a good deal simpler if I were to shelve it for good.  And it's certainly no la-de-da contribution to the memoir genre.

But I recall how I nearly inhaled everything that came my way on suicide loss in the first months, how desperate I was for someone to put my anguish into words.  And I remember how much I longed to read that someone else was persisting in prayer despite the evident disappearance of God.

My situation verged on the extreme, as it was in a seminary dorm that I would awaken in the morning to the certainty that God had vanished, but I am fairly certain these days that other bereaved parents sense the same breaking news, regardless of where they are waking up or what their days hold.

Perhaps The Book has some value.
Posted by Robin at 7:45 PM 1 comment:

Places of No Healing

Jan has  posted a beautiful poem about healing.

I've been reading it and feeling deeply saddened.

I know that this blog is designed to focus on hope.

But there are places carved into our lives for which there will be no healing, aren't there?

There are wounds that cannot be proclaimed holy.

A bill has been proposed to the Ohio Legislature that would mandate suicide prevention education for teachers and school counselors, people who are often in a position to glimpse warning signs ~ if they but know what they are seeing, and to intervene ~ if they but know what to say.  The Jason Flatt Act has been passed in various forms in ten states so far.  In Ohio, it was introduced to the House by Representative Marlene Anielski, who lost a son to suicide two years ago.  It passed the House unanimously yesterday ~ now, onto the Senate.

As a field advocate for the American Foundation for Suicide Prevention, I did a tiny bit of work on this, contacting friends and asking them to call or email their reps for support, and sending a few emails of my own.  My brother, who is active in state Republican politics, texted all the reps on his phone.  He called to ask whether I wanted to attend the hearing and meet some folks, but I declined; other people have done all the background work, and I did not want to intrude.  My brother and I tend to cancel each other out where our votes are concerned; after the vote yesterday, he wrote gleefully that there are issues on which we can all agree.

This afternoon I watched the video of the hearing.  When Representative Anielski ended her presentation by referring to her son as "a man for others" and concluded with the words, "AMDG - Ad Majorem Dei Gloriam"  ("To the greater glory of God") ~ Ignatian code words ~ my ears perked right up.  I googled her son's name, which I had not known before and, sure enough, he was a student at the Jesuit high school here in Cleveland when he died.

I wrote to his mother this afternoon to thank her, and to tell her that she is truly a woman for others.
Posted by Robin at 3:14 PM 4 comments:

This is a space for those of us who have lost loved ones to suicide.  When I created this blog, I wasn't sure where it might lead, but a number of conversations, emails, and other encounters over the past few weeks have led to me a sense that it might be time for me to host a place for conversations among suicide survivors (defined as those who has survived the suicide of a loved one). We'll see how it goes.

I am a wife of 38 years, a mother of three, a newly-ordained pastor in the Presbyterian Church (U.S.A.), and a spiritual director.  That means that I spend most of my time following the activities of a computer architect husband, a law student son, and a daughter who's just completed grad school and works in community development; pastoring a small, rural church; and meeting with people who seek companionship in deepening their spiritual lives.  Our family lost a 24-year-old twin son to suicide three and one-half years ago, and so now I also do some writing, speaking, and advocacy work on parental bereavement and on suicide prevention.

If you have somehow found your way to this place, I am deeply sorry for your loss, and hope that you will find here a place in which to sit still as we reflect upon the past and move toward the future.
Posted by Robin at 1:22 PM 4 comments:

Who has looked into your eyes this day?
... Whose ears have you touched?
... Sit back and imagine God freeing you after a day of hard work and
many worries with love that
makes you laugh.

All day long a little burro labors, sometimes
with heavy loads on her back and sometimes just with worries
about things that bother only
burros.

And worries, as we know, can be more exhausting
than physical labor.

Once in a while a kind monk comes
to her stable and brings
a pear, but more
than that,

he looks into the burro’s eyes and touches her ears

and for a few seconds the burro is free
and even seems to laugh,

because love does
that.

HT to my friend Wayne, who wrote the first part. 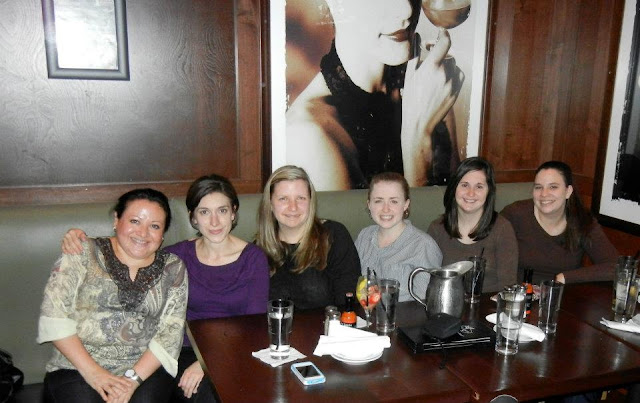 Soon-to-be social work grads!  My girl is in the pale shirt in the middle.  I personally think she's the most remarkable woman I know.  She has endured a great deal and come through it with compassion, common sense, brains, and beauty.
Posted by Robin at 6:08 PM 3 comments:

Email ThisBlogThis!Share to TwitterShare to FacebookShare to Pinterest
Labels: Family 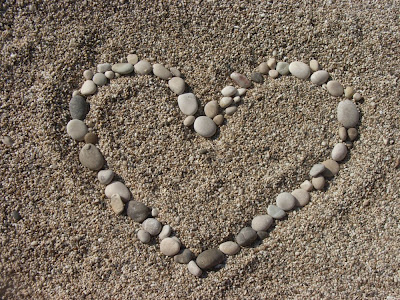 I have started to pursue, slowly and deliberately, a couple of health related blogs that seem particularly relevant to me.  One of them is a yoga site, put together by a woman who suffers from lives with scoliosis.  I'm very much intrigued by the expansiveness of her approach to health, and by the yoga dimension.  After six months of near-complete immobility, I'm here to tell you that at fifty-eight one doesn't exactly bounce back!  The debilitated state in which I find myself is causing me to look carefully at whole body-mind-spirit wellness.
I went to the the very first posts on the site and began to read ~ yes, slowly and deliberately ~ about the heart chakra in the Hindu Yogic and Tantric traditions. (The chakras are believed by those who follow those traditions to be force or energy centers in the body. I know only the most minute amount of anything about this, having heard a presentation years ago by a Presbyterian pastor who had become intrigued by the chakras as an approach to health and well-being.   Which is to say, I know nothing.)
But I was dumbfounded by the synchronicity of my discovery.  The heart chakra has to do with being unhurt and unstuck.  It is the heart side of my upper body, in particular, that has been assaulted and whose muscles have been damaged.  It is the area that is most difficult to stretch physically and, often, emotionally.  It is the area that is difficult for me to envision because under the skin some parts have been removed and others re-arranged.
**********
Everything is connected.  That's what I used to tell my high school world history students.  Everything is, although I couldn't begin to weld what's been bubbling up in myself into a polished whole, at least not yet.  Herewith, therefore, the beginning bits and pieces:
One of the first words we learned in Greek was καρδία.  Cardia.  Heart.  I think that we learned it on the first day because it's an easy example for learning a particular sort of paradigm, of verb structure, not because of any deeper, metaphorical dimension.
Hmmm.  I suppose that if I were teaching Greek to seminary students (which is not something that I would ever do!), I might spend the entire first day on the word καρδία, and not for any reason having to do with paradigms.  I might do it because καρδία is at the core of what we are about as pastors people.
(Wouldn't that be something, if seminary education were as well integrated as that?  If Greek were not, as it is for so many of us, a hurdle to lurch across, but a spiritually formative study of language, text, and heart?)
**********

Lent begins with the words, "Return to me with your whole heart," from the prophet Joel.    I wrote the following for lent 2009, six months after my son died:


Your whole heart, I thought? What can that mean, when your heart is not whole?

My heart is shattered.

It lies in tiny shards all over the ground.

Its jagged pieces spin into space, floating past Jupiter like lost little pilgrims.

Its dusty bits float on the oceans, bits of ash, sparkling grimly in the sunlight and filtering slowly downward, into the darkness where oddly luminescent sea creatures chart paths we can barely imagine.

One might want to turn to God again. The word metanoia slides off the tongue. It sounds graceful, and hopeful. But if God's desire is for a whole heart, if one can turn toward God only with an intact heart, then one is surely lost.

Return to me with your whole heart.  Words from the Jewish tradition.

Where your treasure is, there will your heart be.   Words from the Christian tradition.

The heart chakra.  A place for becoming unstuck and unhurt.  A concept from the Hindu tradition.

Other Signs of Hope

Robin
Married and mom of three. Pastor in the Presbyterian Church (USA). Spiritual Director in the Ignatian tradition. Adjunct college instructor. Writer, photographer, canoer, hiker, voracious reader ~ and someone who knows the beach is the best. Email me at maryrcraigatsbcglobaldotnet.